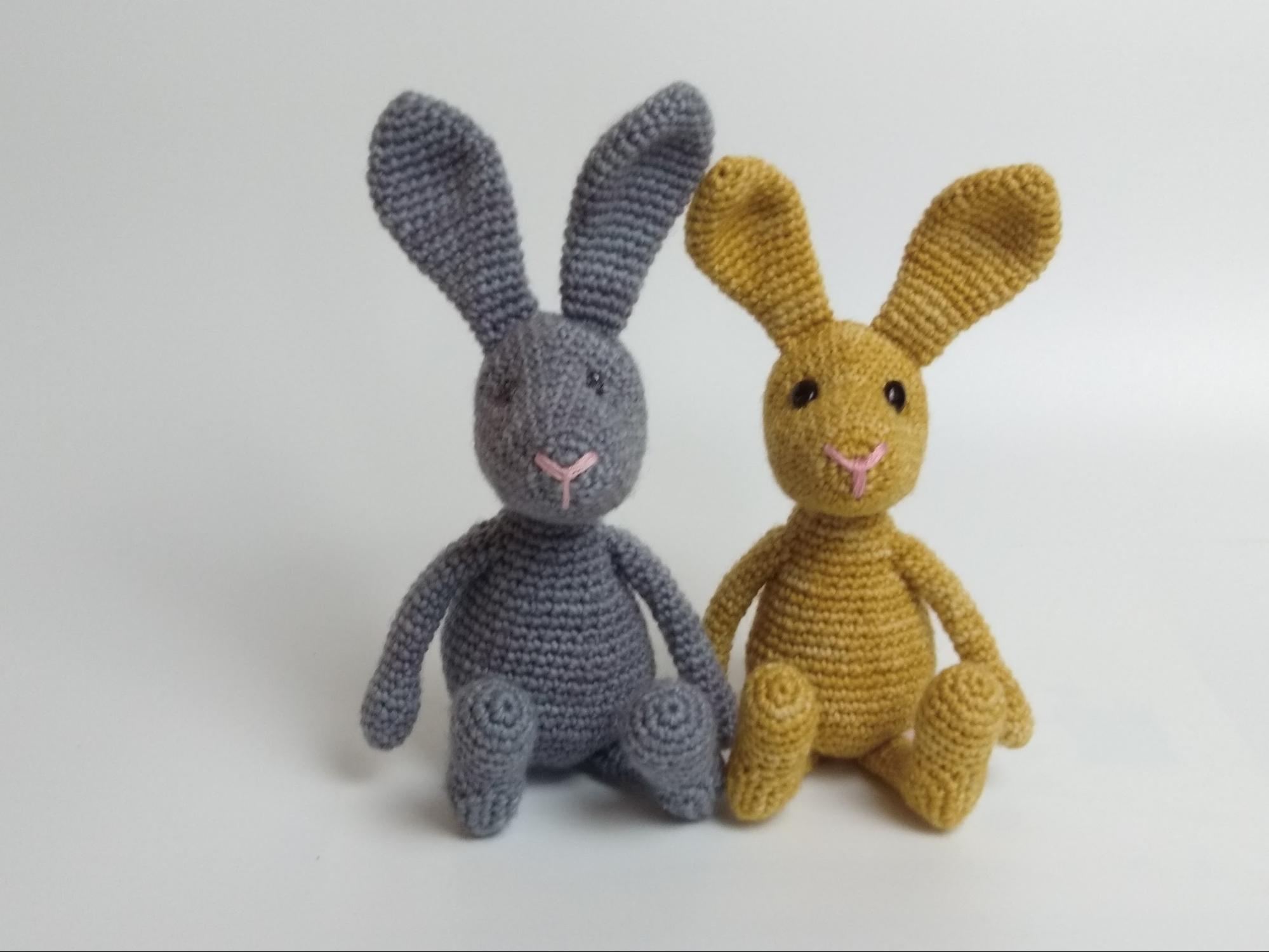 Haremann went through a few changes since his first appearence in the hugely popular (as if) The Adventures of Haremann and Harebert webcomic. But here is the hopefully final version of our hero.
Originally he is crocheted in size 40 hand-dyed Cebelia crochet cotton with 0.6mm hooks. However you can choose any type of yarn.

What you will need:

Every piece is starting with a magic circle with 6 or 5 sc in them.

Determining the correct safety or glass eye size: start either with the body or the ears, the eye should be no less than 2 rows in diameter

Triple dec: similar to the decrease but instead of just two stitches, you pick up the front loops of 3 stitches 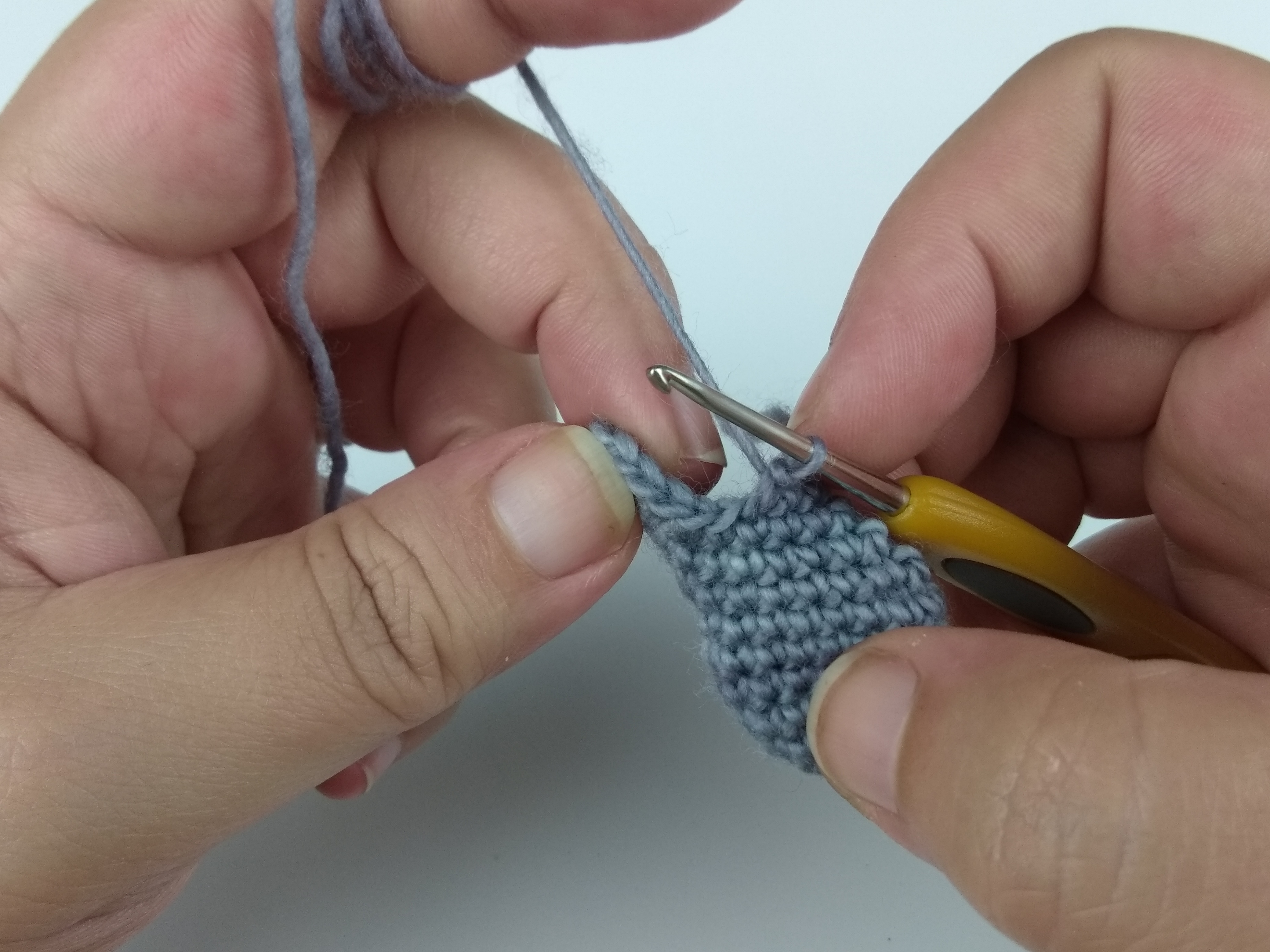 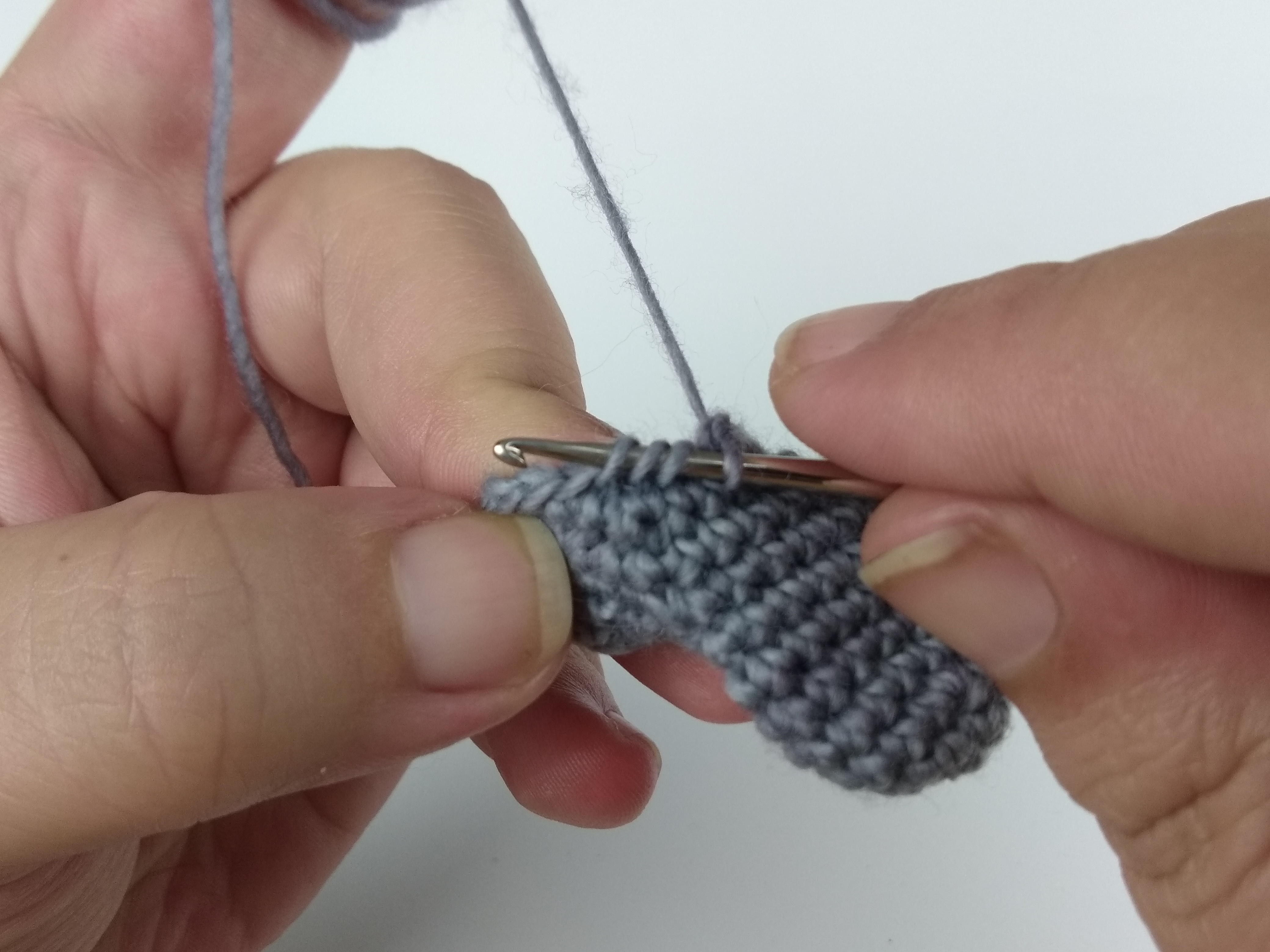 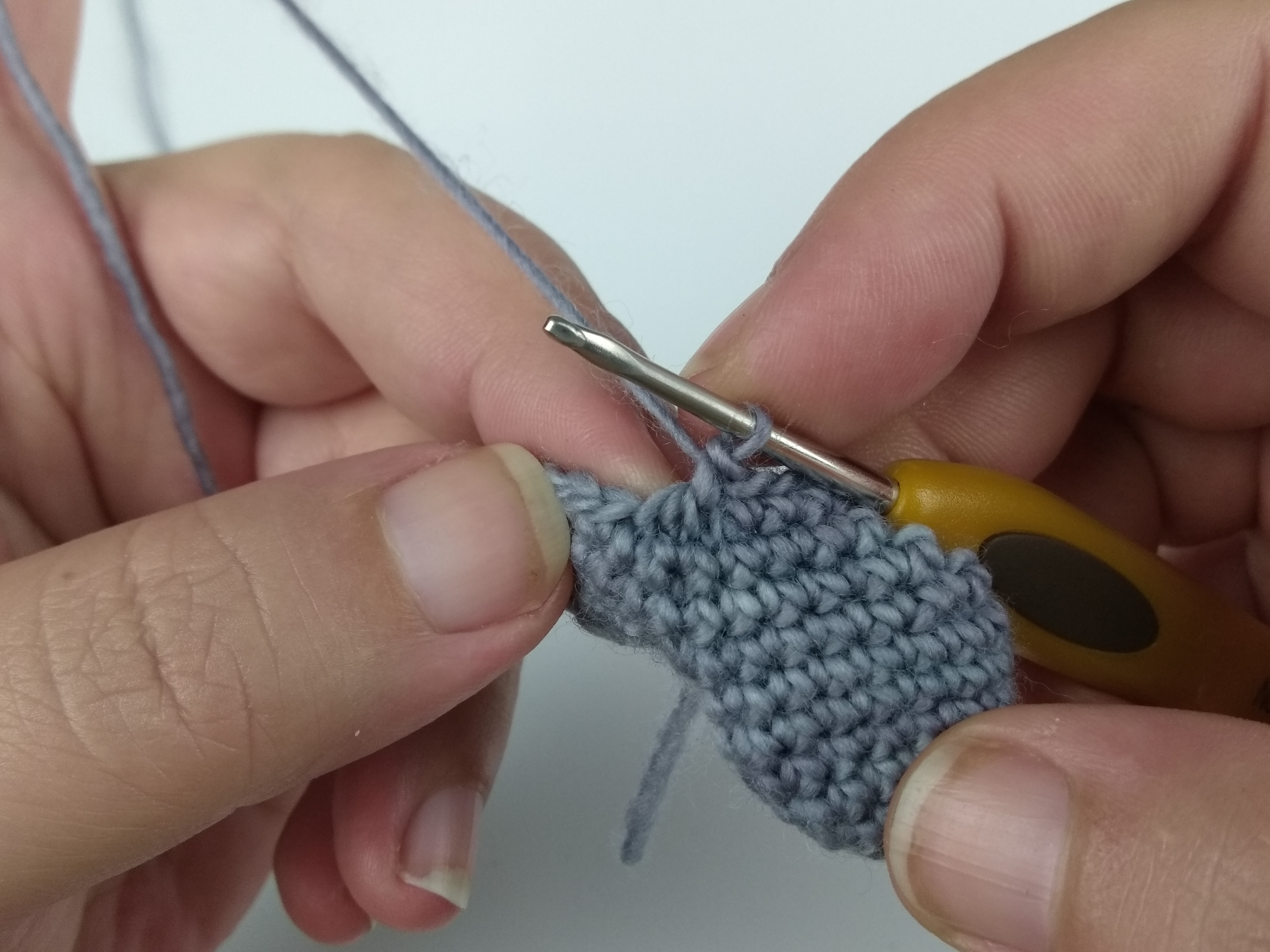 If something is not clear, just send me a mail to gabibo.craft@gmail.com or you can find me at https://www.facebook.com/gabibo.craft/. You can also find me on Instagram (@gabibo.craft), Twitter (@GabiboCraft) or Facebook: https://fb.me/gabibo.craft/.

cut yarn leaving 15-20cm tail for sewing, finish stuffing the head, sew the hole shut (grab the front loop only with your needle on every second stitch, pull tight)

If you are using thread and tiny hook, after round 20 stuff the head firmly, crochet the remaining bit, sew shut and mush the stuffing around.

If using thread, I only stuff the paws and leave the rest of the arm empty It's really tiny when using size 40 thread.

The trickiest part of the rabbit with lots of shaping, even if you normally don’t mark the beggining stitch of the round, this time around you should. 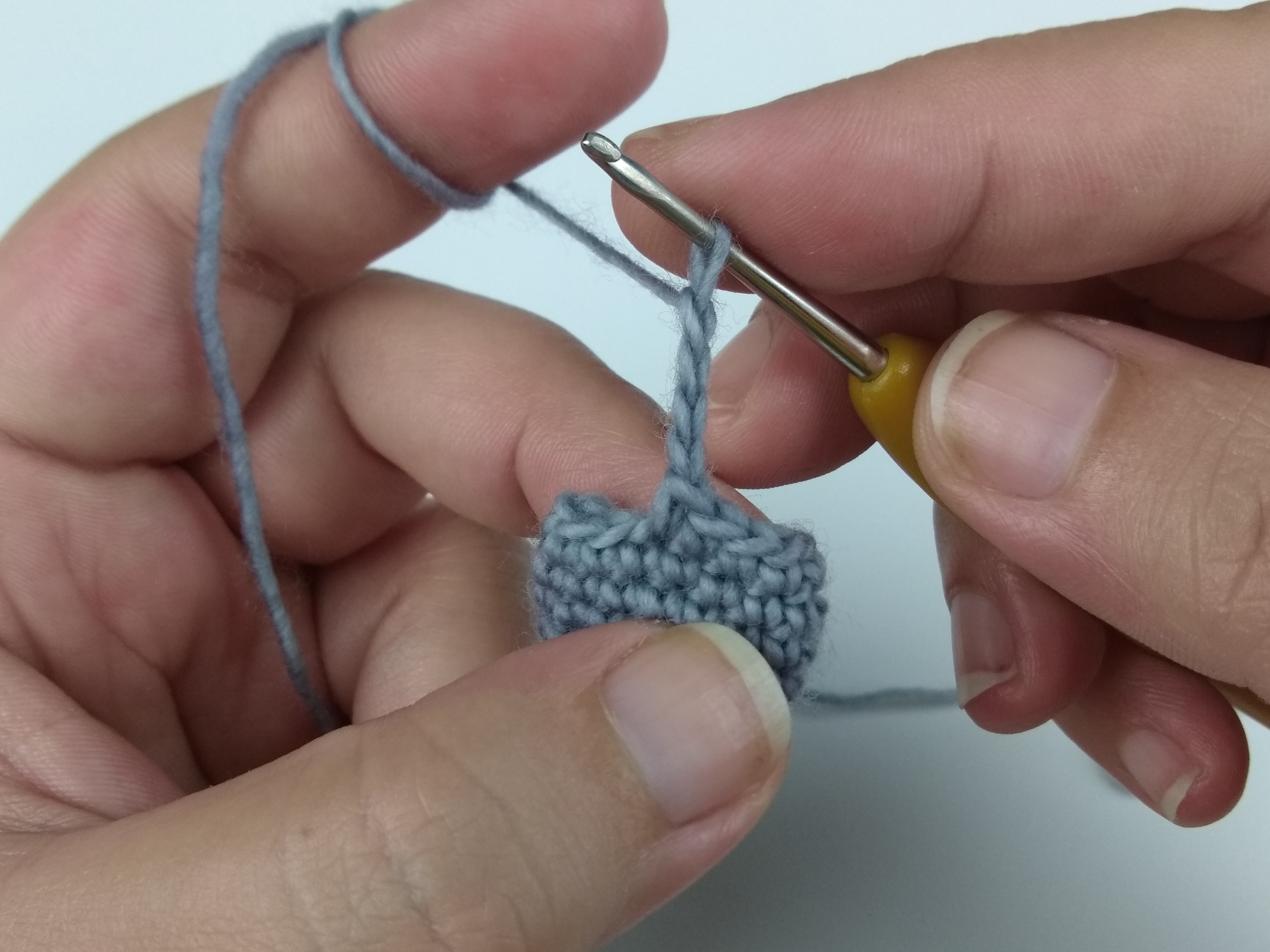 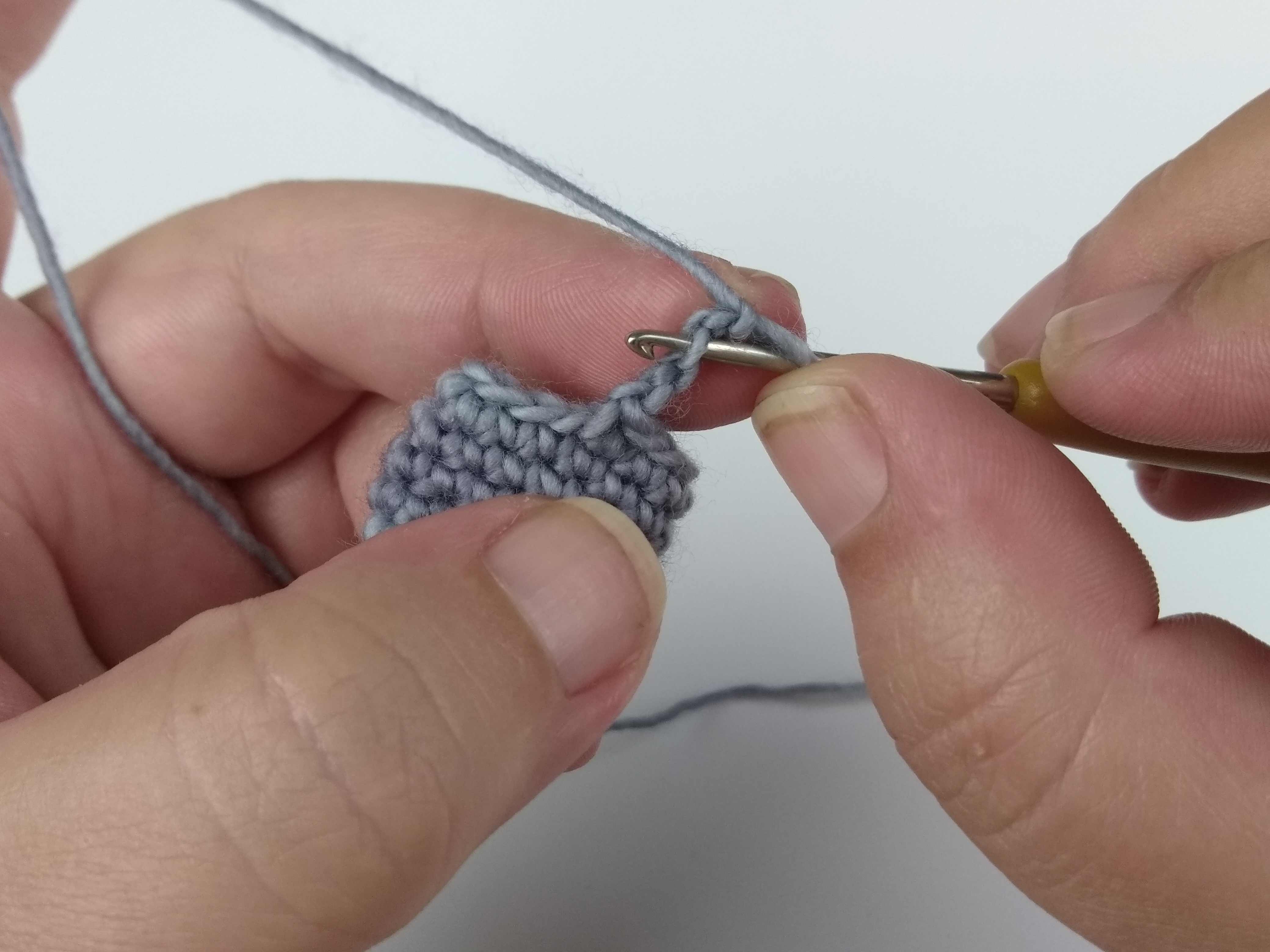 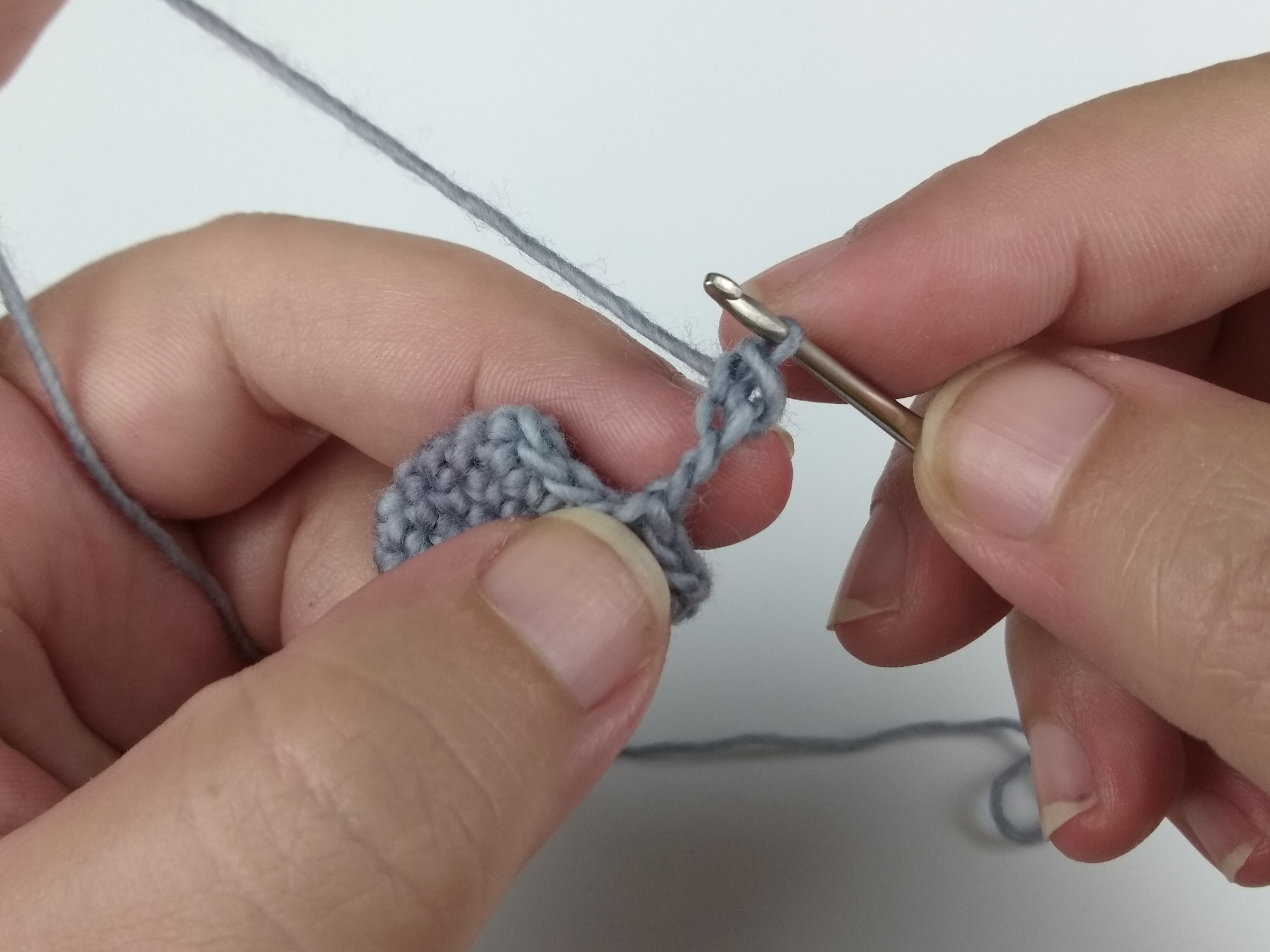 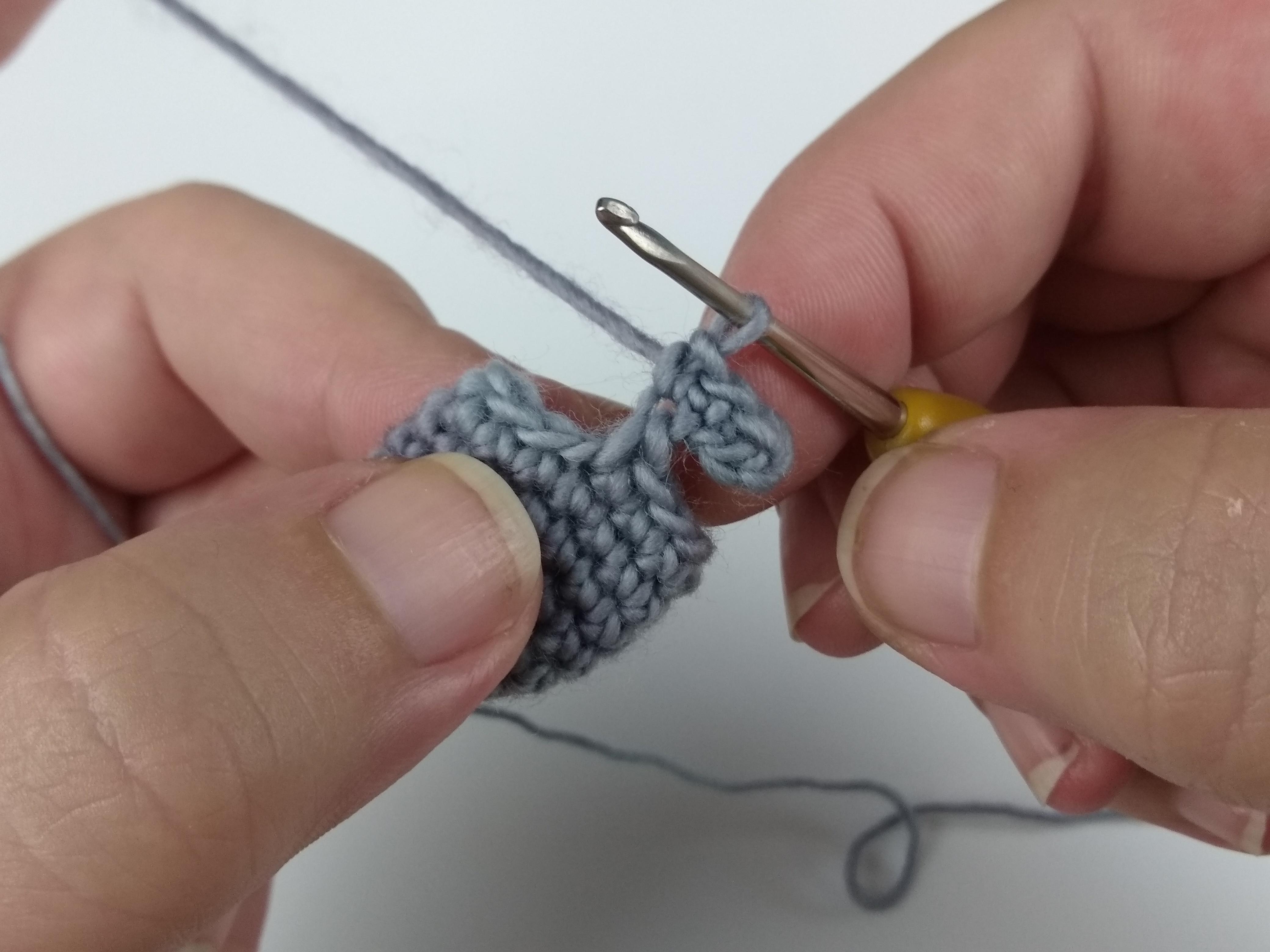 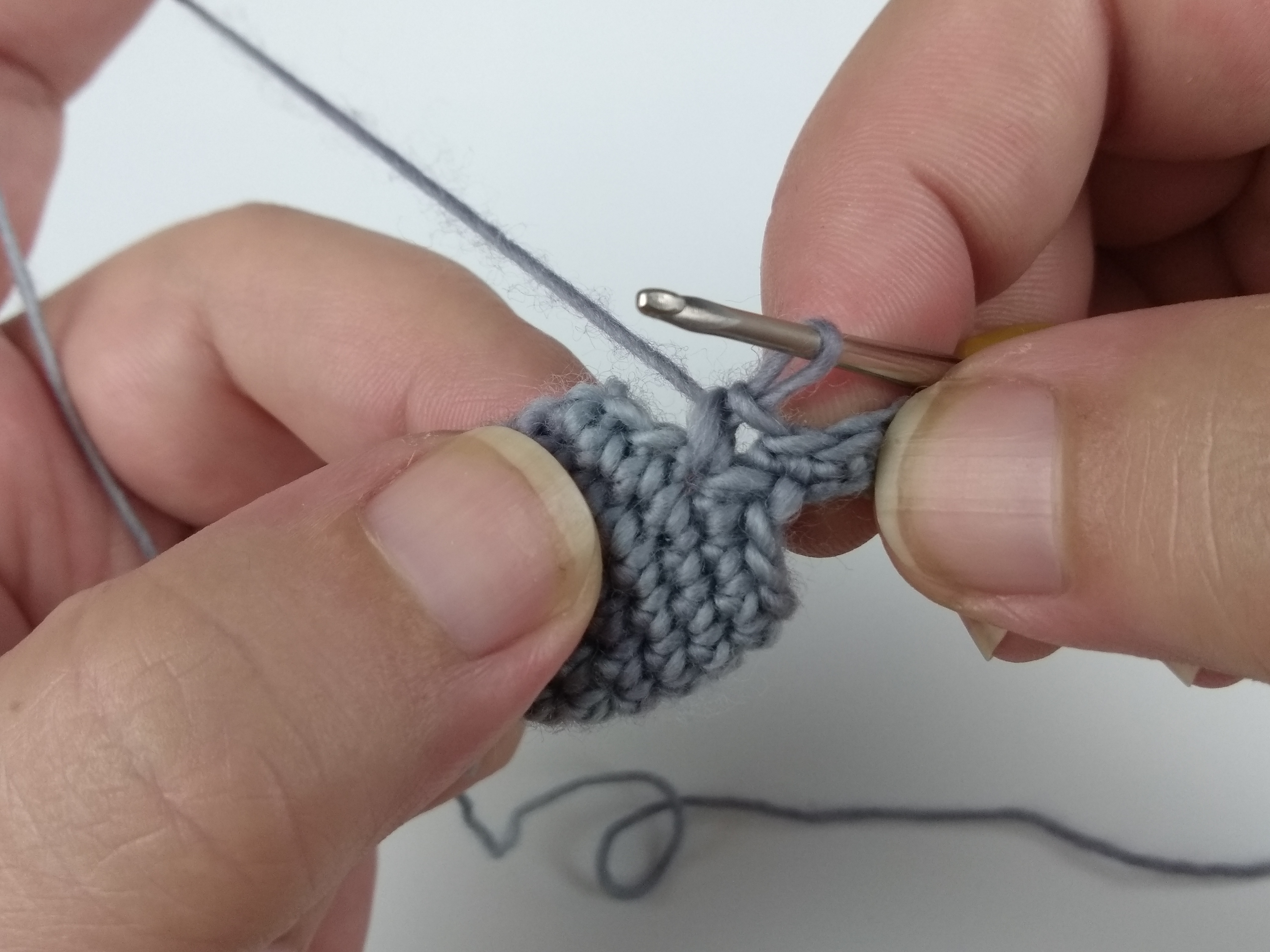 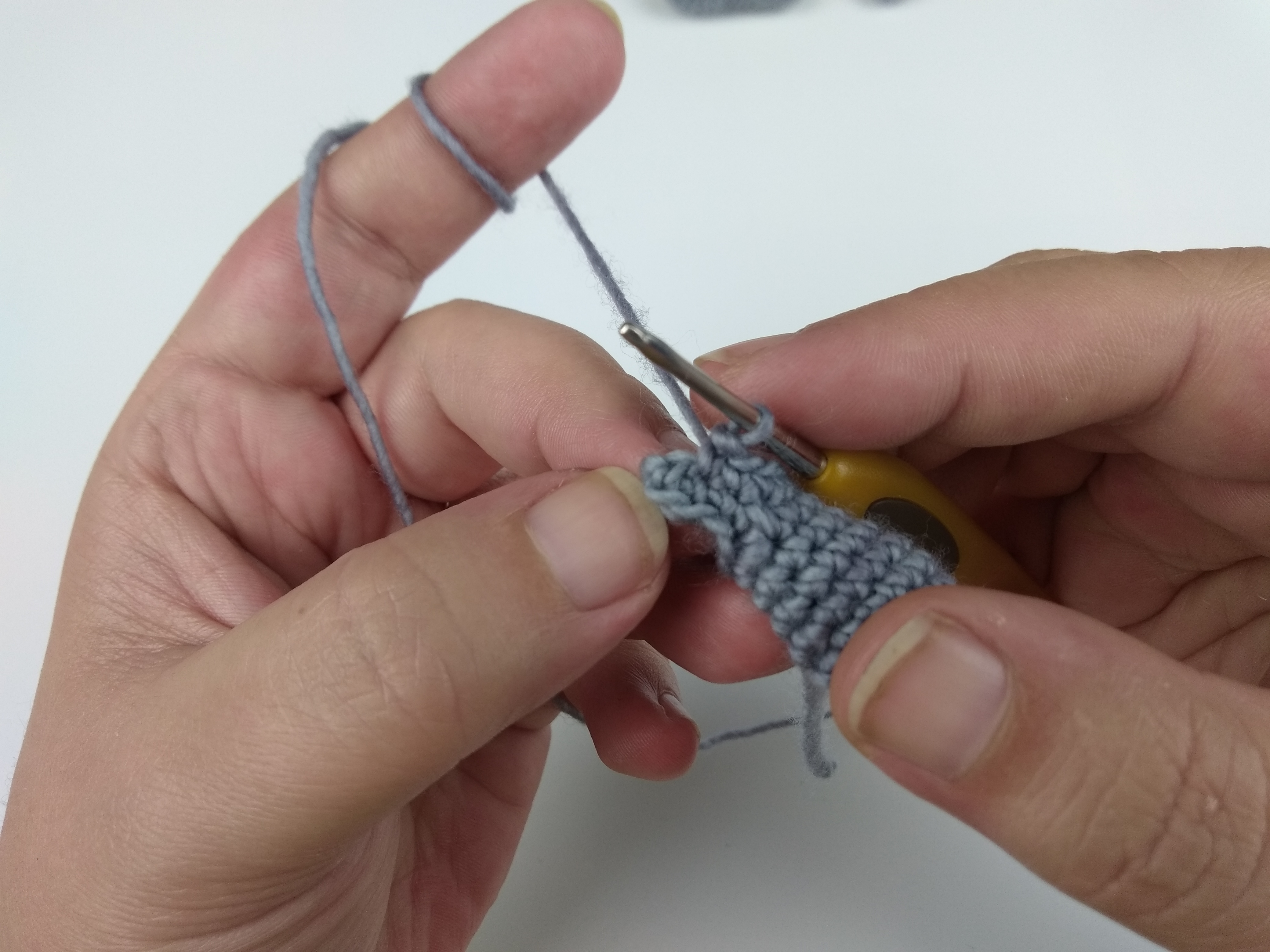 I usually make a pompom for the tail, however if you want to give it to kids, you should instead make a crocheted one.

cut yarn, stuff tail and sew to the bottom of your rabbit.

Sew the ears on the head between Round 8’s marked stitches.

Grab pins or extra long needles and pin the head to the body, start sewing on the head at the same round where the ears are.

Sew on the arms 2 rounds below the neckline.

Pin the legs to the body, leaving a slight gap between them and with feet pointing slightly outwards.

For the nose: use pink embroidery thread. If the thread consists of 6 strands, separate them into two 3 stranded threads (we will be using just one of the two 3 stranded threads). Now grab the needle and thread in both ends in so that you have a loop at one end. Follow photos for how to stitch the nose, then hide the leftover thread inside the body by stitching it criss-crossing inside the bunny so that you only have a few centimeters left.